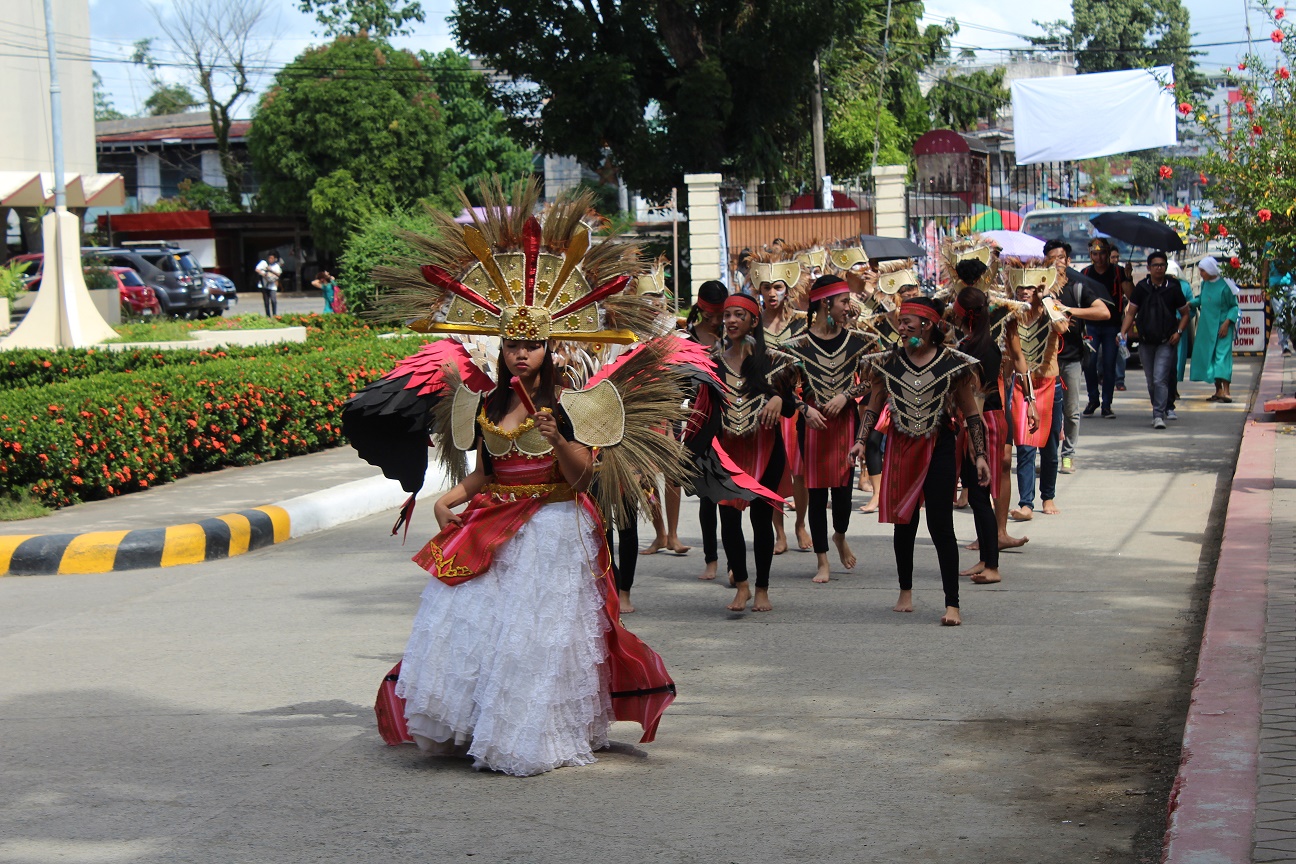 The College of Architecture and Allied Discipline celebrated the diverse cultural heritage of the Philippines in its week-long pitch on the National Architecture Week last December 5-9.

Spearheaded by the United Architects of the Philippines Student Auxiliary (UAPSA) in collaboration with the Philippine Institute of Interior Design-Student Auxiliary Body (PIID-SAB, this year’s architecture week focused on raising pride and acceptance of the cultural diversity among students as exemplified by its theme: “Kaguriba Kap-atan ka tuig, mga naglabay igdasig”.

According to organizers, the theme for this year aims to promote camaraderie, solidarity, and pride for the Filipino culture among students taken from the Samarnon word itself “Kaguriba” meaning happiness and festivity.

In line with this, CAAD featured activities that stirred not only their college but also the entire university to participate in the preservation of our national identity.

Each year level under the programs of CAAD flaunted their colourful costumes and groovy choreography during the street dance competition as part of its kick-off ceremonies.

The said parade of festivals starting from the auditorium grounds to the university’s open field is a competition that featured well-known festivals in the Philippines such as the Sinulog Festival of Cebu and Mascara Festival of Bacolod among others.

Architecture students showcased their know-hows in a competition held simultaneously at the EVSU Inner Court, Drafting Technology Building, and Drafting Studios last December 7 catered to provide openings for development outside the four corners of the classroom.

The winning entries of the said competitions are displayed in an exhibit at the Admin Lobby last December 7.

Klint John Peckson and Jonah Torres both from the BS Interior Design (ID) were crowned Mr. and Ms. CAAD 2016 at the auditorium last December 8.

With their regal beauty, stunning physique and keen wits, both ID students bested other 7 pairs coming from different year levels and will represent the college in the search for Mr. and Ms. EVSU next year.

“I believe that this year’s celebration has offered both opportunity and a challenge to us aspiring architects. Promoting camaraderie, professionalism, and cultural awareness allows us to build more successful as well as professional relationships in a diverse setting especially when we enter the workforce,” said Demi Rose B. Amasa, senior BS Architectural student.

This year’s National Architecture Week culminated with an awards night featuring the achievements of students for the current school year.