The body proposed dynamic and feasible activities and projects as presented in the forum. One of the highlights of these proposals is the resolution granting authority to the president to initiate the unification process of the EVSU TCMCGAA and EVSU GAA as they geared towards the university’s ONE EVSU forward and beyond catchphrase. Optimistic with transformative landscape of this renewed leadership, the Board of Trustees selected committees for each project to ensure the continuous momentum and update vis-à-vis the realization of the project as proposed during the meeting.

The oath taking of the Officers and Trustees was instated thereafter with the University President, Dr. Dennis C. De Paz, who acted as the Administering Officer during the said event.

“This will be of great help for the university because Alumni Association can help with the project and programs of the university. They are the very strong partners in the implementation of the project, not only for the Alumni and Students, but also for other stakeholders in the industry,” said Dr. Sonia Enrile, Director, Alumni Affairs and Relations Office.

Alumni benefactors will give tangible projects to the university. As a matter of fact, the EVSU General Alumni Association has enough funds to translate this vision into reality. Amidst the debacle brought about by the CoVid-19 Pandemic, they will flicker a synergistic effort to make this vision a success.

Meanwhile, during the candidates’ forum last Sept 25, 2021, potential candidates presented their platforms and visions for the association. They envisage Alumni Homecare Center where it will cater holistic needs of the stakeholders such as Tutorial Center, Research, among others.

“I hope that the new elected officers have close coordination with the office in the implementation of the programs, projects, and activities,” Dr. Enrile emphasized. 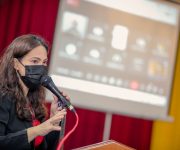 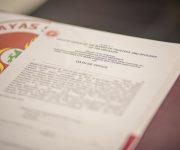 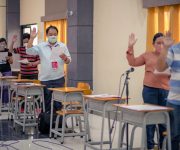 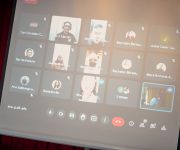 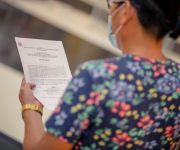 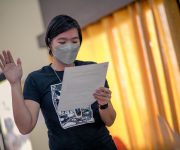 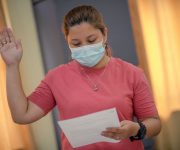 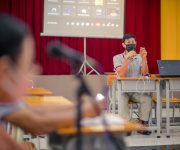 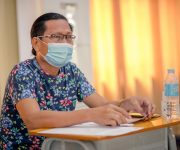 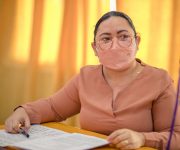 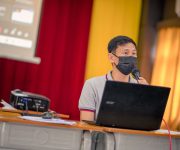 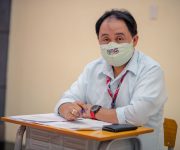