A Certificate of Excellent Performance was awarded to Dr. Rosemarie C. Abocot for being the TOPNOTCHER grantee-participant of the world-class training program titled “Continuity of Education-eLearning Philippines” project of the Commission on Higher Education (CHED), in collaboration with the Texas International Education Consortium (TIEC), USA; and also for being the ONLY AWARDEE of a travel grant award for having served as a SPEAKER for Global Leaders Discussing Emerging Online Governance at the Annual SXSW EDU Conference from March 7–10, 2022 in Austin, Texas, USA.

Meanwhile, a Certificate of Exemplary Research Performance was awarded to the following faculty members of the institution for being the EVSU Top Scientists and the Filipino Scientists as ranked and assessed in the AD Scientific Rankings 2022:

The faculty awardees have the capability to lead not only the students towards becoming productive members of society and effective experts of the future, but also the institution toward becoming the leading state university in technological and professional education. Their hard work and intelligence serve as a motivating force in achieving the goals of an education system.

EVSU is beaming with globally competitive and excellent educators who will bring pride not only to the institution, region, and country, but also to the world. 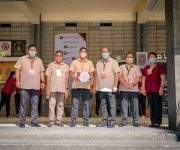 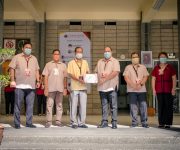