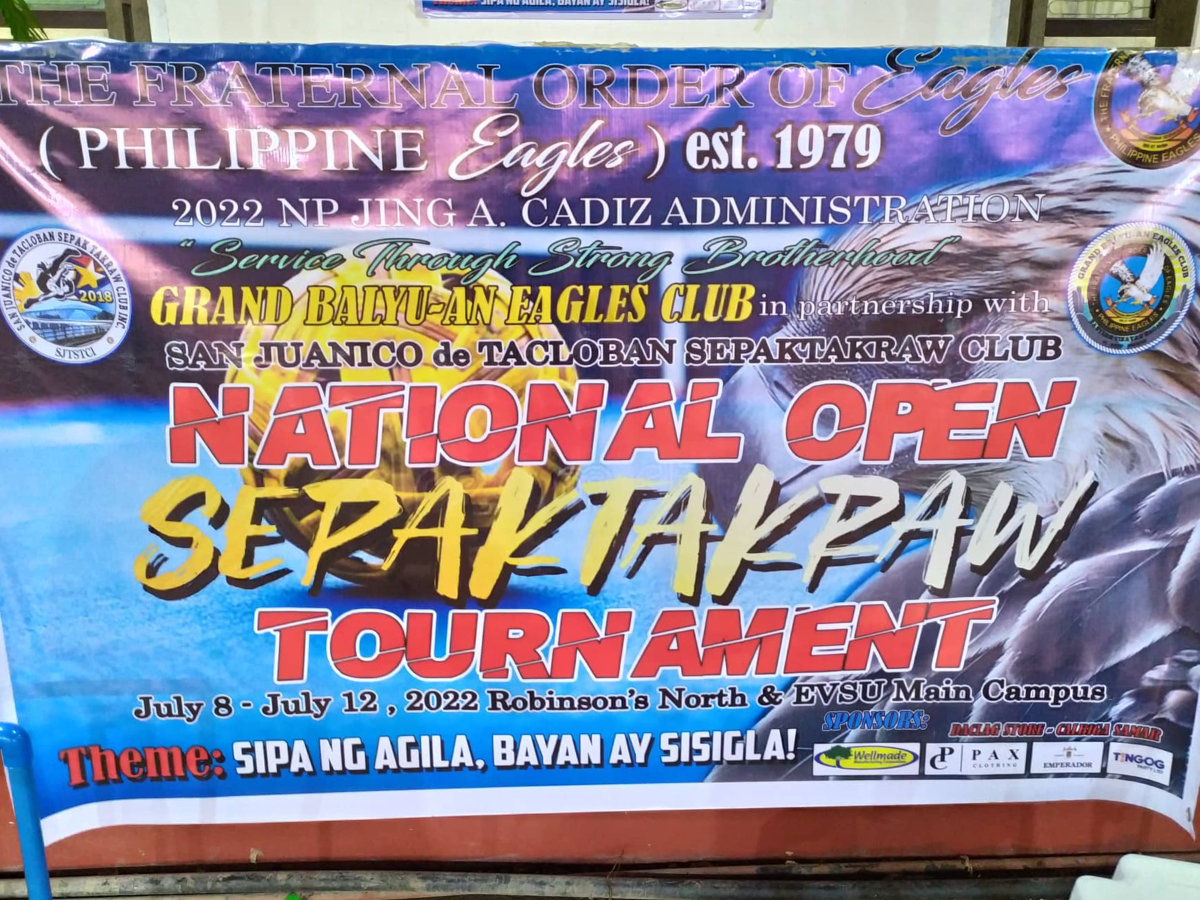 One of the goals of the tournament is to revive the desire to engage in sports after the pandemic, whereby the delegates focus more on the wellness, camaraderie, and sportsmanship. “Hindi premyo ang pinag-uusapan ditto kundi ang willingness ng player ang importante,” said Edito Dagondon, Jr, an appointed referee.

The said event is sponsored by the Fraternal Order of Eagles and the Grand Balyu-an Club, in partnership with San Juanico de Tacloban Sepak Takraw. The tournament was participated by 65 delegates across the country, the biggest sports event amid the pandemic threat which was sanctioned by the Pilipinas Sepak Takraw Federation Inc.

With the team: “Sipa ng Agila, bayan ay Sisigla,” a Licensed Asian Referee asserts that the overall event is an outstanding success. Marlon Gicain, a National coach said, “Successful siya because as of the moment, everyone is atat na mapakapaglaro ulit, and we cater to the needs of the players.”

The culminating event and the championship game will be held at Robinsons North Tacloban on July 12, 2022. 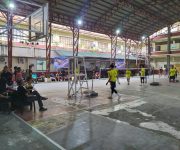