Leadership is proven effective when the person’s strength solely relies upon the power of the Almighty.

Called as the ‘Man of the hour’, President Dennis C. De Paz has finally been installed as the 4th university president of Eastern Visayas State University during the investiture ceremonies conducted last Dec 3, 2021 at the Summit Hotel.

The momentous event underscored the solemn ceremonies of the President himself as he became the Star of the night with the support of his beloved wife and children.

Dressed in their exquisite academic gowns, the university key officials strut through the red carpet with beholden gestures and congratulatory message to the president. It was even made remarkable since all University Presidents of Region VIII were present including the CHED Chairperson J. Prospero de Veyra III and the PASUC 8 President himself, Edgardo Tulin. The bespoke prestige of the ceremonies was even dignified with the presence of honorable politicians from different towns in Leyte to witness the event, highlighting the presence of Gov. Dominic Petilla who gave a laudatory message to the president.

The Investiture ceremonies was generally solemn most especially during the conduct of the President’s Inaugural Address. “The inspiration and example of our predecessors serve as our lighthouse in traversing the roadmap to excellence and in the realization of our vision and mandates,” Dr. De Paz narrated.

With the installation of the new administration, excellence will be the trademark of leadership and globalization will be the ultimate emblem of institutional mandates.

“The university gears up to its commitment towards ASEAN integration within its educative process and technology based learning approaches ensuring thereby a holistic training experience and an array of opportunities for its learners and educators,” recounted Dr. De Paz.

Nothing is more fulfilling against the backdrop of leadership than seeing a visionary leader whose heart is to serve rather than to be served. Similarly, the President envisages a unified university where stakeholders perceive EVSU as a vineyard of strong faithful loyal people who will continue the legacy of their predecessors. Upholding the integrity and distinction of the university, this new administration is ready to revitalize the leadership into greater heights, reaching its optimal proportion of success.

Meanwhile, Dr. Alvin Culaba, an Academician, congratulated the President with a message. He ascertains that with the leadership of Dr. De Paz, the university is in the right trajectory. Dr. Culaba has been instrumental with regard to internationalization of the EVSU’s presence particularly in the field of research and instruction.

As regards its fulfillment of the mission and vision, President compels a striking point that EVSU will soar high beyond the boundaries of unbridled possibilities. “Let us all together move forward for stronger today, tomorrow and beyond,” Dr. De Paz concluded. 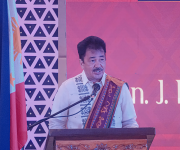 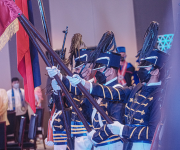 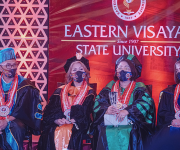 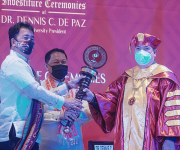 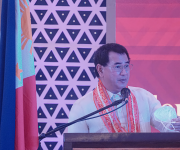