The 18th Charter Anniversary of Eastern Visayas State University focused on the theme “One EVSU: Forward, Together.” The one-month festivities commenced on August 3 as a Day for Burauen Campus, August 5 for Tanauan Campus, August 8 for Dulag Campus, August 12 for Ormoc Campus, August 10 for Carigara Campus Day, and August 13 for EVSU Federation of Alumni Associations, Inc. respectively.

The main campus has its fair share of festivities that started with the Thanksgiving Mass and Grand Opening yesterday, August 15.

“There are so many people we owe for this institution’s conversion to university and we should not forget them for we are here today because of them,” Dr. Morante said.

He highlighted the different activities that emerged during the Campus Tour. “No campus must be left behind because our strength as a university stands for strong complementation and cooperation. As such, the true essence of success in everything that we do as a university relies upon the integrity of our work,” Dr. de Paz said.

He ended his talk by encouraging everyone to work and support the university to raise it to the bar of excellence.

The sashing of the official candidates for Mr. and Ms. EVSU 2022 capped off the Grand Opening Program. 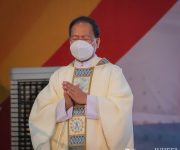 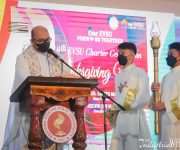 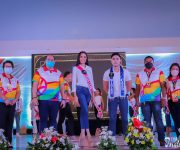 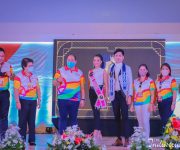 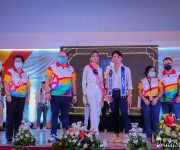