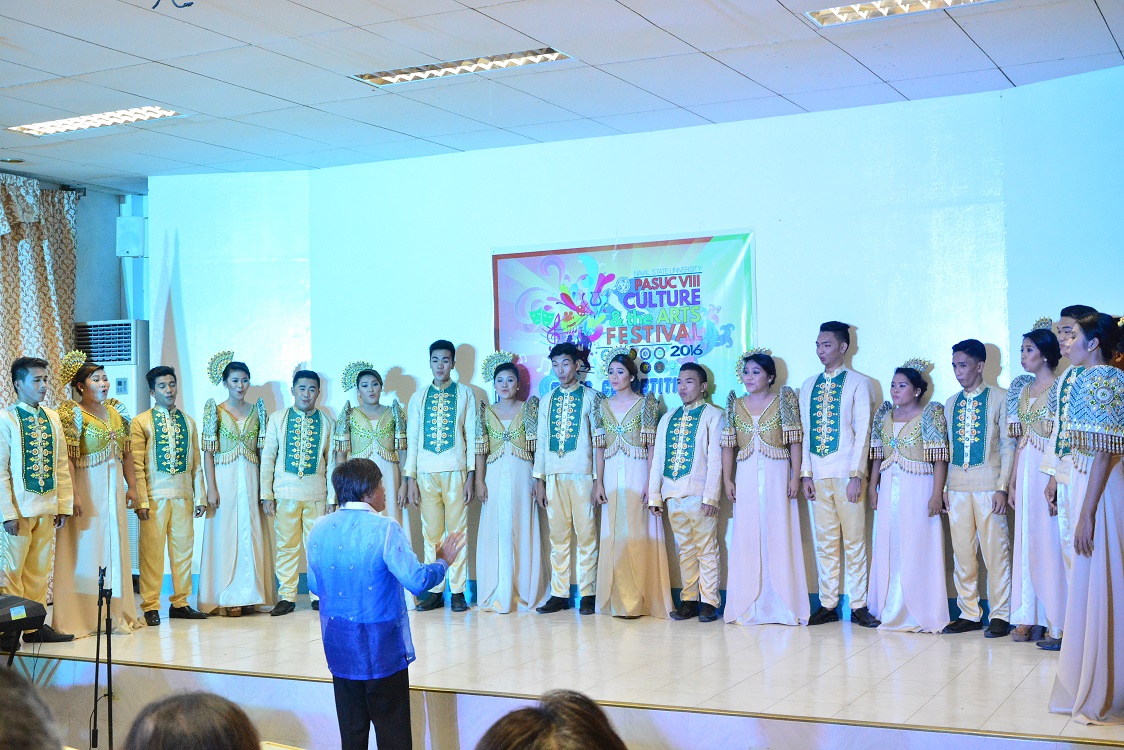 The said annual literary and arts festival jam-packed Naval, Biliran with different vivid colors as different universities all over the region race to take posts for the National PASUC which will be held in Vigan City.

Securing the gold trophy, SamLeyaw Performing Arts once again exhibited its international level performance leaving the audience in awe during the Contemporary Dance competition. They also filled the atmosphere with the mystery of magic in their black and red wizards costume garnering the second spot during the Hip-Hop competition.

The patriotic hearts of Filipinos bloomed once again as Habaynon Dance Company brought us back to our ethnic culture performing the delicate dance Pandanggo sa Ilaw during the Philippine Folk Dance Competition. The same group revealed the unique beauty of our indigenous culture as they gracefully dance their way to the top. Habaynon was proudly hailed as the third best for both category.

Angelic voices. Perfect blending. Soulful music. The EVSU Chorale proved that the harmony of their heartfelt voices is the best in the region. With their customized ‘banig’ themed regalia and perfectly synchronized coordination with their choirmaster Sir Biato Ambe, warm smiles and love burst in the air. Declared as the champion in the chorale singing category, EVSU also seized the second and third spot for the Pop Solo and Vocal Solo.

But who would think that angels can play more than just lyre and harps? Everyone was astounded as selected members of the chorale rocked the whole NSU auditorium in their rendition of ‘Wag ka ng Umiyak’ and brought home the silver medal during the Live Band Competition.

Aside from these overwhelming talents, EVSU also exposed its edge in the field of Literature as Masining na Pagkukwento contestant Claire A. Fiel hailed champion in the said competition.

How do you like full packaged beauty and brain? Well, we have it. Miss EVSU Venisse Charm Costibolo was reigned Miss SCUAA first runner up and was crowned as Miss PASUC 8 who will represent the region for the Miss PASUC Nationals.

As these promising young aspirants keep the fire in their hearts burning, EVSU will continue to soar high and be an epitome of inspiration to our region.