Eastern Visayas State University-College of Arts and Sciences strengthens extension services with stakeholders from various industries through the CAS People Empowerment Extension (CAS PWEDE) Project, giving significance to the university’s fourfold functions. This was held on May 20, 2022 at the EVSU ORDEx Bldg.

The event was highlighted with the opening remark of the Dean of the College of Arts and Sciences, Dr. Sheldon Ives Agaton, and with the message from the University President, Dr. Dennis C. de Paz.

Envisioned to extend the visibility of the university’s vital role in the community, President de Paz articulated that the extension service is one of the mandates of the faculty members in the university to realize. Further, he emphasized that Extension Service is not a one-way partnership: “We give something, and we receive something in return,” he added.

The life-force of the Memorandum of Agreement is bound through the passion-driven stakeholders, as it requires commitment and dedication to make the project a stark possibility. “We have to deliver and agree. For the university, we are committed to being of service to the community, Dr. de Paz stressed.

Meanwhile, Professor Lorna Parado, CAS Extension Program Head, averred that CAS PWEDE offers a variety of services to communicate, and later to utilize the available resources. “We are bound to fulfill the spirit of the contract, giving time and material resources for the common good of the stakeholders,” she added.

The MOA signing was followed by a Pledge of Commitment led by VP Benedicto Militante, Jr., affirming EVSU’s to fulfill the responsibilities with utmost sincerity towards the stakeholders.

In his closing remarks, Dr. Jovita Madeja, Director for Extension Services, underscored that “community partners are not competitors, but rather they work side by side with the University. “You are also expected to be a partner in extending ideas and technology; partnership is always collegial and collaborative,” said Dr. Madeja. 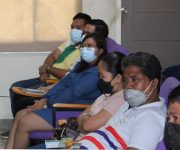 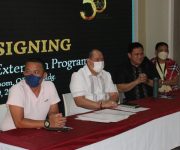 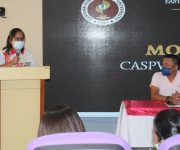 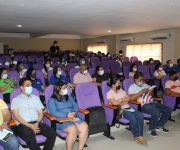 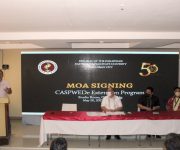 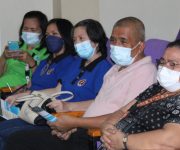 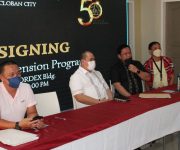 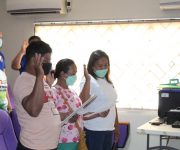 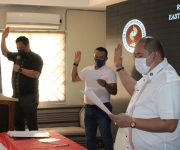 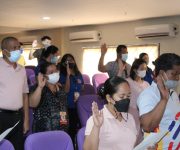